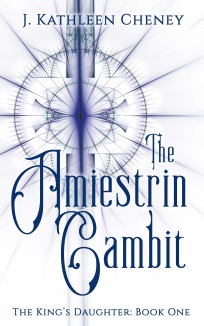 Available at:  Amazon / Others

Ellis Dantreon is barely fifteen when she learns that her father–the king of Jenear–has decreed that she’s to be trained as a soldier. Thrust in among the others at the newly reopened War College of Amiestrin, Ellis must earn the other cadets’ respect and trust. Not all of them are pleased at having a girl thrust among them. Ellis has to choose which ones to trust, sometimes pushing back against her instructors’ urging as she does.

But most of all, she must deal with a world far wider than the one she’s known. That world will shape her future, for the Gifted whom her meager staff have always considered myths prove to be very real indeed. Those people want very much to influence the course of a future Jenear. When it comes time for her young brother to take the throne, the Seers among them believe that Ellis will decide whether her younger brother lives or dies, or if he’ll be replaced by another claimant to the throne altogether.

And hiding among the cadets and staff, some of those Gifted have arrived at Amiestrin…

The Passing of Pawns

Ellis Dantreon is sixteen now. For the last year she’s worked to make a place for herself among the first class of cadets at the War College of Amiestrin. It’s been a struggle, but she feels they’ve begun to accept her. But a plot that would have put Ellis’ very life in danger unravels, and it seems that the Separatists may have been behind it.

Ellis has to decide quickly where she’ll place her trust. Are the Separatists trying to remove her from the line of succession? Or trying to frighten her into joining their cause? In the end, will friendships prove stronger than family?

And will the Gifted be able to get to the truth of the plot? 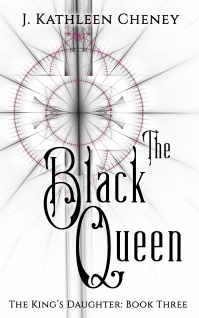 Ellis Dantreon has always been a dutiful daughter. When her father ordered her to become a soldier, she did, becoming the only female at the war college. Now that she’s graduated and has taken her place guarding the king, she thought she was safe. But the country Seers are still predicting a terrible possibility—that she might end up marrying the Duke of Perisen, Anton Marisi.

And if she does, she probably won’t live long. Nor will her brother, Prince Kerris.

Ellis is baffled by the prediction, because she’s never even spoken to the man. She certainly has no intention of allowing him to court her if she does meet him. But when another woman pretends to be her, Ellis realizes how easy it would be for that marriage to happen after all.

Now Ellis has to gather all the help she can to stave off that possibility. Unfortunately, she has an added challenge: her mother, the Queen of Jenear, has come to Verina. 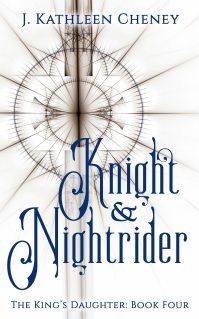 A country braces for war…

The former cadets of the war college of Amiestrin know their king isn’t just royal. He’s a Seer of profound talent and, quite possibly, a madman as well. But for years now, the king and the other Seers have been predicting war, and they’re the ones who will have to fight it.

Llelas Sevireiya has spent the past year preparing his home province for that war. When a young Seer shows up at his door with orders for him to take time out to seek out a wife, he travels to Perisen and brings one home, not one anyone expected.

Thomas Farrier has plans for his life, but the marshals seem determined to upend them. Now he must adapt to a political role helping refugees who are fleeing over the border into Jenear. That assignment takes him to Sandrine, the home of his friend, Llelas.

Ellis Dantreon serves as a member of the King’s Bodyguard, guarding her own father. When the king decides to visit the border, the only question he has for his daughter is whether she’s ready. Now she, Thomas, and Llelas must become what the Seers expect of them: the princess, the knight, and the nightrider.

In this short collection of fiction, four tales from the world of The King’s Daughter are brought together for the first time: The Nature of Demons, Whatever Else, The Arranged Marriage, and The Stains of the Past.